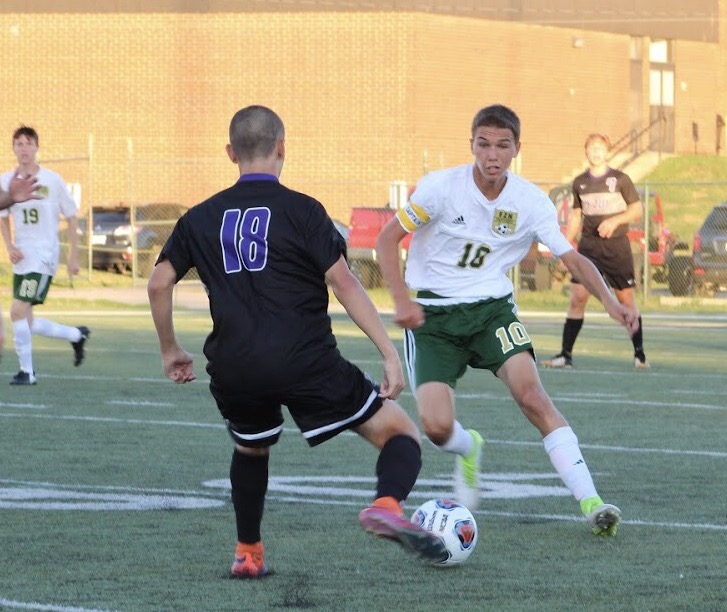 Even with all of the talent freshman Morgan Monia has, he still puts hard work into his sport. As a freshman starting on varsity, all eyes are on him. Playing right fullback, Monia is expected to play defense against kids much bigger and older than him, and be as physical as possible. While some kids would not be able to handle this, Monia has been perfecting his craft since he was five years old, so he is prepared for anything.

“I started kicking the ball around when I was little and my parents got me into [soccer] and signed me up,” Monia said.

All of this preparedness has made Monia a clutch performer. A big moment that really stands out to him was when he scored the game winning goal in the State Cup Final. His ability to perform under pressure will be beneficial throughout the season. Monia has been in the spotlight before, so he should have no problem handling the pressure of varsity, and brings promise of a phenomenal player to the team.