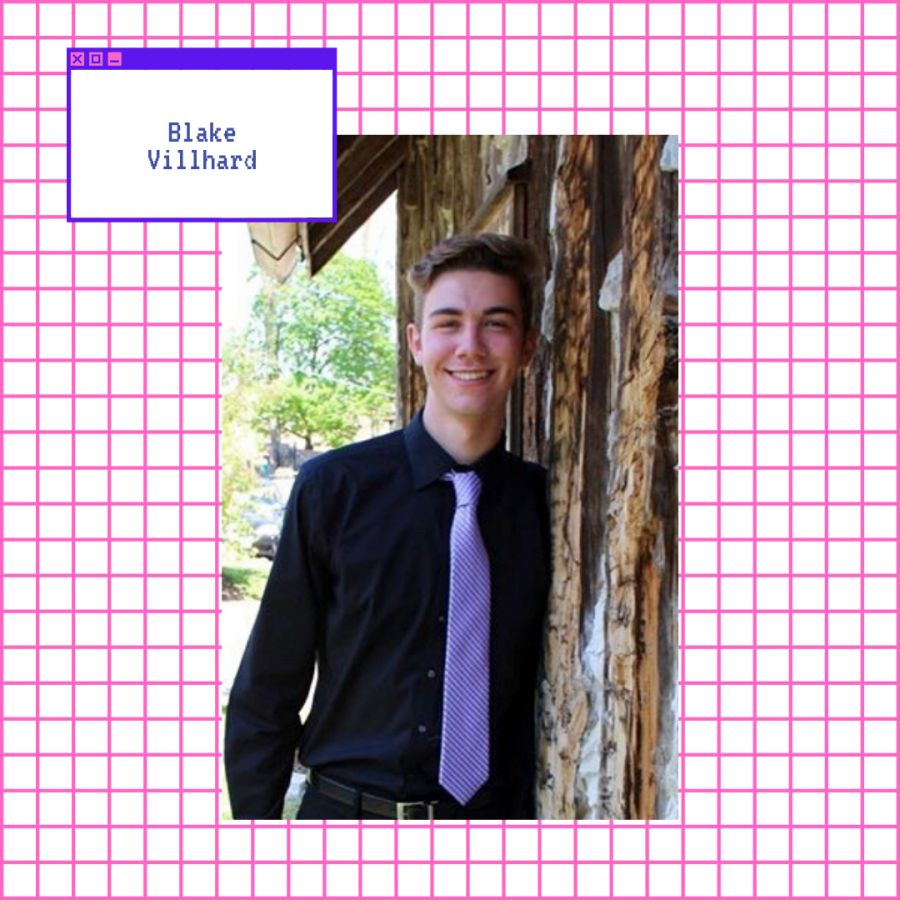 Senior Blake Villhard stands out amongst his peers in more ways than one. He may be tall, but Villhard’s height is not all there is to him. He is a Super Fan captain, part of the boys’ tennis team and a member of the orchestra program. He is a man with many talents and interests that have changed throughout the years.

Villhard has been actively involved in orchestra since middle school., which is still one of his interests today.

“As far as I know, he’s always been in orchestra,” instructor Daniel Mieloch said. “He’s always in the front of the section.”

Although he has played in orchestra throughout middle and high school, Villhard’s fascination with the violin started just before he left elementary school.

“We were there [in fifth grade] when you [would] try out all the band instruments and orchestra instruments,” Weinhold said. “He liked the sound of the violin the best. He picked that up quicker than all the other instruments he tried out.”

Choosing to challenge himself in a different way, he picked up a new instrument.

“He would have been able to make it into [the top orchestra], but he didn’t want to, so he stayed in [the lower class],” Mieloch said. “So for his senior year, he switched to viola just to try something new.”

Even though not everything is known about him, Villhard is a talented student who finds a way to make his time in high school enjoyable.

“I only really know [him] through the lens of orchestra, but he’s fun,” Mieloch said. “He always keeps things interesting.