The importance of dressing for success 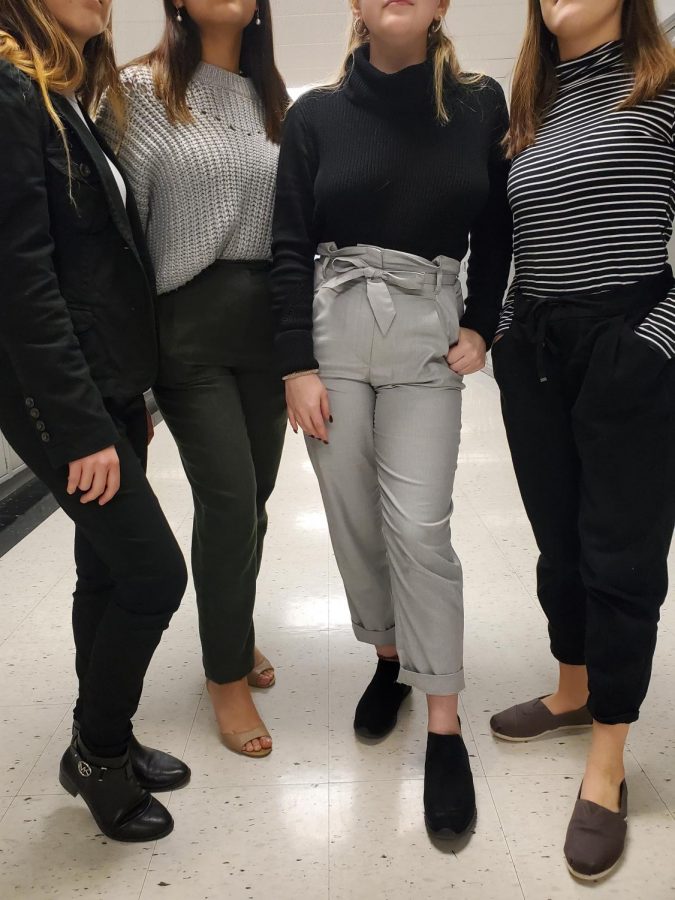 “Five percent extra credit if you dress up,” is said by many teachers days before a test, presentation or mock trial. Students often happily oblige, doing anything for the extra grade boost. However, what students often fail to realize is the importance behind this motivator. Dressing for success is an important factor in a successful performance.

People often agree with this statement in terms of job interviews and professional environments, but fail to realize the weight of it in education. Sure, maybe dressing up for an interview makes sense– you want to leave a good impression and let them know you care. But in high school? We rarely get enough sleep and are surrounded by peers often wearing pajamas– does dressing for success really apply here? Yes, it very much does, and the fact that your peers often choose comfy over classy plays a big part in why.

A Harvard study revealed that it is not dressing the part that is necessarily responsible for an extra boost of confidence and productivity, it the fact that you’re not dressing the part. Dressing the opposite of those around you and breaking the status quo can trick your mind into thinking that you are above the norm and better than those around you, therefore boosting your sense of self and giving you a more confident persona, according to themuse.com.

Standing out is not the only benefit of looking elegant. A study at Northwestern University founded a theory known as enclothed cognition, a phenomenon in which what a person wears affects their productivity and performance.

“Enclothed cognition captures the systematic influence that clothes have on the wearer’s psychological processes,” Emily VanSonnenberg said, according to positivepsychologynews.com. “It is part of a larger field of research that examines how humans think with both their brains and their bodies, an area of study known as embodied cognition.”

The study tested three factors: selective attention, heightened attention and the highest sustained attention. In the three experiments, each studied one of the three levels of attention by comparing two groups of students performing a task. One group was wearing a doctor’s coat and the other was in street clothes or clothes of another, “lesser” profession.

Each study demonstrated how those wearing doctor coats performed better or made fewer mistakes, confirming their hypothesis that dressing the part does, in fact, lead to success, all according to positivepsychologynews.com.

So an increased positive sense of self as well as boosted performance and productivity in exchange for some extra effort in the morning is worth it. When preparing for your next final or presentation, take the time to dress up. Wear the slacks, the dress, the tie. You will thank me later.