Another One Bites The Dust

Democratic candidate Andrew Yang drops out of the presidential race 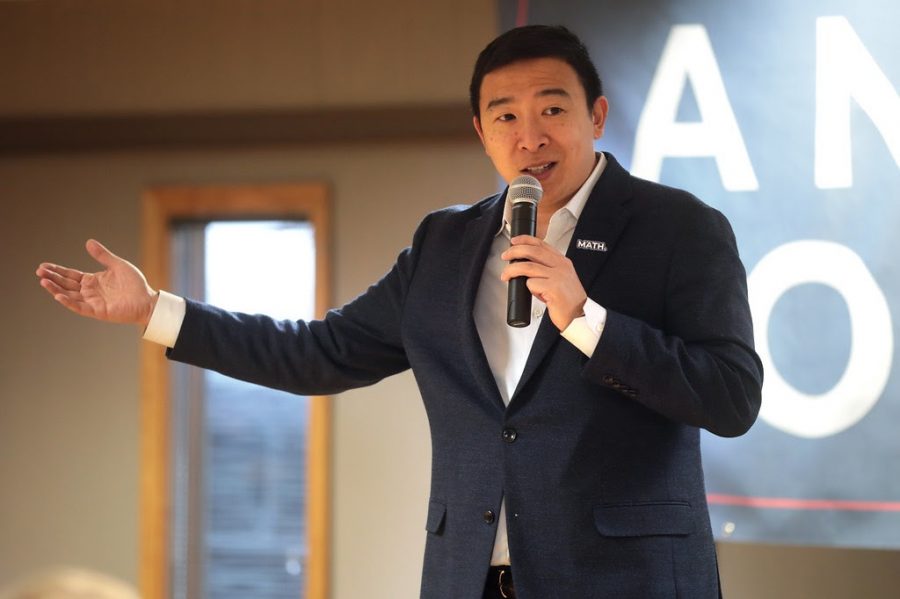 Andrew Yang, a democratic candidate with no previous political experience, sought for universal basic income. He ended his bid for president after a year long campaign.

In a room full of supporters in Manchester, New Hampshire, Yang announced his suspension of his campaign.

“I am the math guy, and it’s clear from the numbers we’re not going to win this campaign,” Yang said. “So tonight I’m announcing that I am suspending my campaign.”

Following his announcement of his campaign, many supporters took to Twitter to react to the candidate they were rooting for the most.

“I really supported Yang from the very beginning,” sophomore Liza Catlin said. “I believed he brought a new culture to the debate stage and really pushed ethical reasoning.”

Other notable Democrats leaving the race include Kamala Harris and Cory Booker.