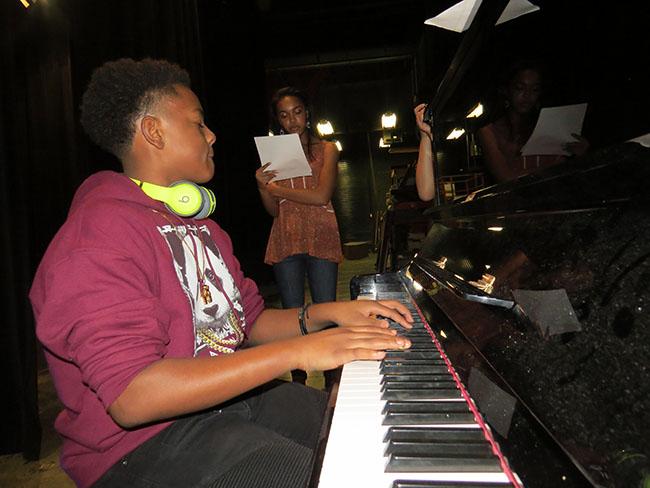 Black History Month: a time to celebrate the culture and impact of African Americans. However, here at West we have never had a full blown celebration of it, until now.

“In February of last year I went and saw Parkway North’s Black History Month celebration and thought it would be something cool to do at West,” senior Adonia Kouadio said. “So I typed up a proposal to Mr. Berry and started a petition to show student interest.”

Amassing over 130 signatures and getting the school’s approval, it was not long before her goal became a shared one, as more and more students got involved.

“We really wanted to help [Adonia] out because we thought it would be a great idea to make people aware of what Black History Month is all about and how we celebrate it,” senior Jaala Taylor said.

Due to similar goals of spreading awareness and highlighting diversity, they teamed up with the Cultures in Action club to plan a show.

“What we’re trying to do is promote cultural awareness,” club sponsor Adriana Meder said. “To learn more about black history through a different perspective.”

Kouadio and her friends got together regularly to brainstorm ideas and establish their vision for the event. They decided to make it a multimedia affair, where every facet of Black culture would be covered. Students will be taking the stage with songs, dances and skits from the days of slavery up to the modern day. Most notably, they will be featuring a student made documentary, featuring interviews from students and staff about the importance of Black History Month and giving a behind the scenes look at the making of the production.

“It’s kind of like a variety show, but structured so that it goes through the decades of African history,” Kouadio said.

While the goal of the show is to educate, the showrunners hope that through this production people can better accept the differences in one another.

“One of our main goals for the celebration is to promote the acceptance and understanding of diversity, and [have] a healthy conversation about race,” Kouadio said. “We want to help people understand each other more so that we can live a fuller life because we understand each other and can appreciate people who are different than us.”