Memories in a Mural

The story behind the 2021 mural 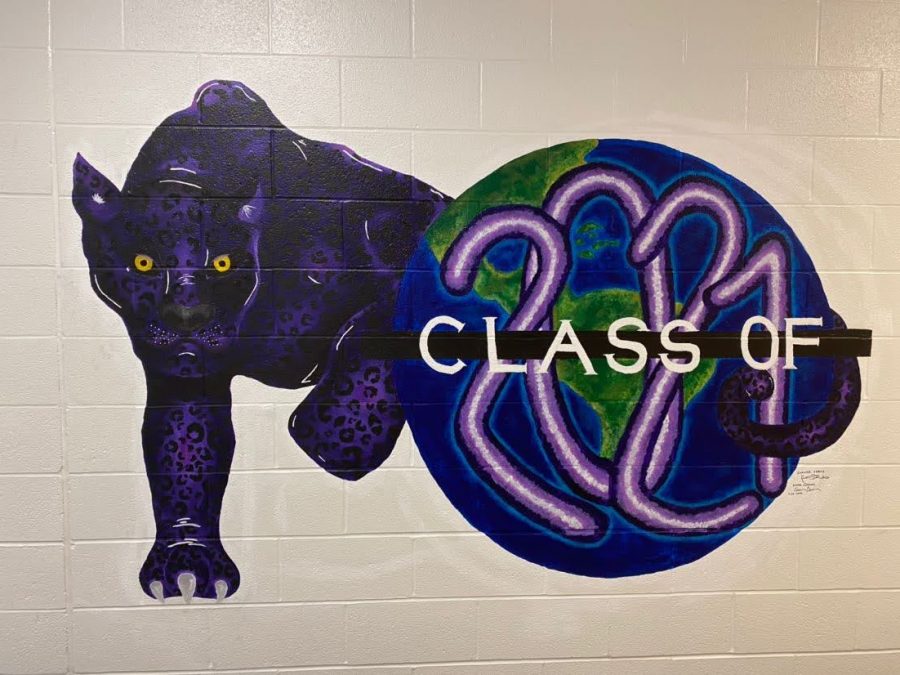 The mural painted in the hallway to make sure the class of 2021 is remembered.

Spanning the length of the hallway, murals adorn the walls by the gym and serve as a way for the graduating classes to show their success. This year, seniors Emma Curran and Ivanna Febus were both chosen to work on the 2021 mural.

Although there were differences in art styles between the two, with Curran favoring graphic design and Febus being more into contemporary realism, they were able to find similar ground and came to rely on each other to complete the project.

“We took inspiration from each other and blended our styles together,” Febus said. “We both have our own special skill set. It definitely helped to have more than one pair of hands. Not to mention, we could each see what the other couldn’t. I’d draw something crooked without realizing, and she’d catch it so we could fix it.”

While coming up with ideas for the mural, they looked outward and drew inspiration from current events.

“Our generation has really stepped up to dominate the playing field,” Febus said. “It’s our world now. When Emma and I sat down to make this design, we wanted to portray that. Our futures are bright despite the immense amounts of trials we’ve faced as a generation. The jaguar is seen with his tail possessively wrapped around the Earth. We chose this sort of menacing stance to show how our generation has not only taken over the world but that we will protect it and all we’ve built in it.”

Being able to paint the mural is a large responsibility given to those who will create it, and it leaves a lasting impression to all those who will walk the halls afterward.

“I personally have wanted to do this since freshman year,” Curran said. “It was a dream come true. I’d like to say that we both had a spectacular time creating a mural that will last for years after we’ve graduated.”

To see the finished mural in its entirety, check out the wall by the gym close to the end of the hallway.