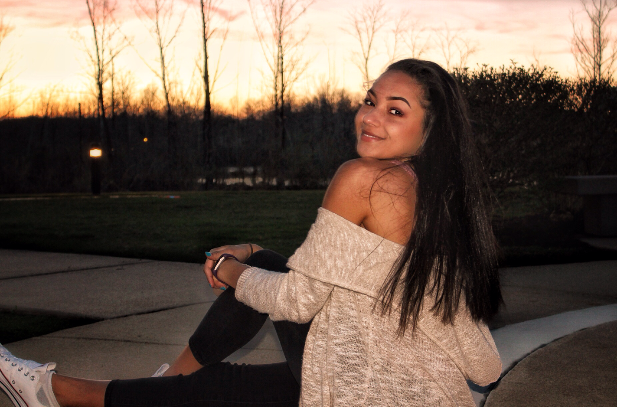 Senior Izzy Williams is performing at Bnanarama for her second time but the first time alone.

Bananarama has been a tradition since 2003. This is a large musical gathering where students perform either in groups or solo, it is hosted by the Solitare. Soloist senior Isabelle Williams will be on stage for her second year, glad to sing in front of the crowd.

“I have always loved to sing and I just wanted to do something for myself,” Williams said. “I love being on a stage and in front of people, even though it’s not something I do often, and this gives me a chance to do so.”

The ability to easily go onto the stage is not something every student shares. Williams, however, does not struggle with walking up and belting out a song.

Using her voice as an instrument has its advantages. Not being weighed down by a guitar or drums frees up time and she can take her talent anywhere. However, great sound does not come without lots of practice

“I often practice in my shower, actually, every shower,” Williams said. “I’m sure I annoy the heck out of my family all the time. Other times I will sing in the car when I’m alone and just belt so loud that I feel like other cars can hear me through the window.”

Williams’ family is a large source of motivation. Her mom, siblings and friends support her in her goal to perform. This support is not unnoticed by her, as this year’s song is dedicated for her brother who is going through some rough patches.

“I have only done some piano recitals and Bananarama last year, but my favorite memory of the piano recital I had was when I played my first major hard song, ‘Just a Kiss’ and nailed every single note,” Williams said. “It was exhilarating. Another favorite memory of mine was when I got the lyrics right on stage last year [at Bananarama]. Because my partner picked a song I didn’t know super well and I was still learning it the day of [the performance] and it somehow worked out.”

Williams might have rocked the mic last year at Bananarama, but she is still fairly new to the scene. Music was made to be heard and Isabelle Williams was made for the music. Be sure to join her and all the other acts as they take the stage this Bananarama.