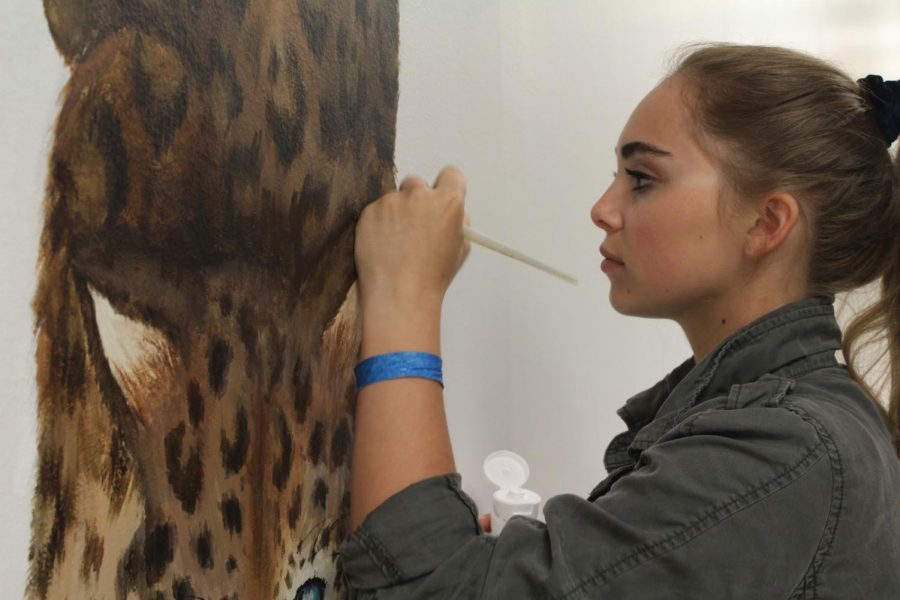 There are many traditions that the graduating class has carried on through many years. The most prominent one is the painting of the class mural. This year, senior Alexandria Oncken was chosen to bring her artwork to life on the school’s bare wall. While the painting was something Oncken was excited and eager to do, it was not always as easy as one would think.

“The worst part was trying to match the colors when picking back up on the mural,” Oncken said. “I mixed colors a lot, so trying to be consistent on how much of each color I put in when mixing was pretty difficult.”

She worked long, hard hours, putting her heart into her creation to make it memorable for herself and the class.

“I was in awe with the idea of leaving my own mark on the school,” Oncken said. “I thought it would be awesome to leave something behind that the class of 2019 would be remembered by.”