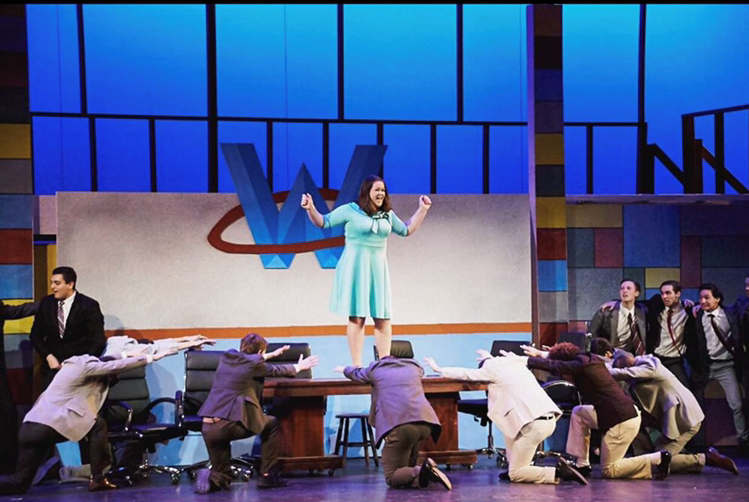 From the Seats to the Stage

Three times a week, all year round, senior Jenna Ziff is at rehearsal for one of the productions she is in. Ziff has been spending most of her time outside of school devoting herself to numerous musicals with other schools and local theatres. Though she has only been involved with musical theatre for the past two years, the community has already made a great impact on her life.

“The joy that is felt after the curtains close after the show is over is so overwhelming, but in a good way,” Ziff said. “It not only makes me feel accomplished, but it makes me proud of my friends too.”

Ziff even went so far as to switch schools before her senior year to pursue her love for theatre. Previously a Lutheran High School student, Ziff came to West because of its opportunity for theatre classes, and for a well-running drama and choir program. Though the decision was not easy, she knows she made the right choice.

“Theatre has really helped me step out of my comfort zone,” Ziff said. “It makes me feel more confident in myself and helped me learn that I don’t care what people think of me as long as I’m doing what I enjoy.”